In our Voices series, we share the stories and opinions from our funded organisations who are helping to find solutions to poverty and trauma in Scotland. 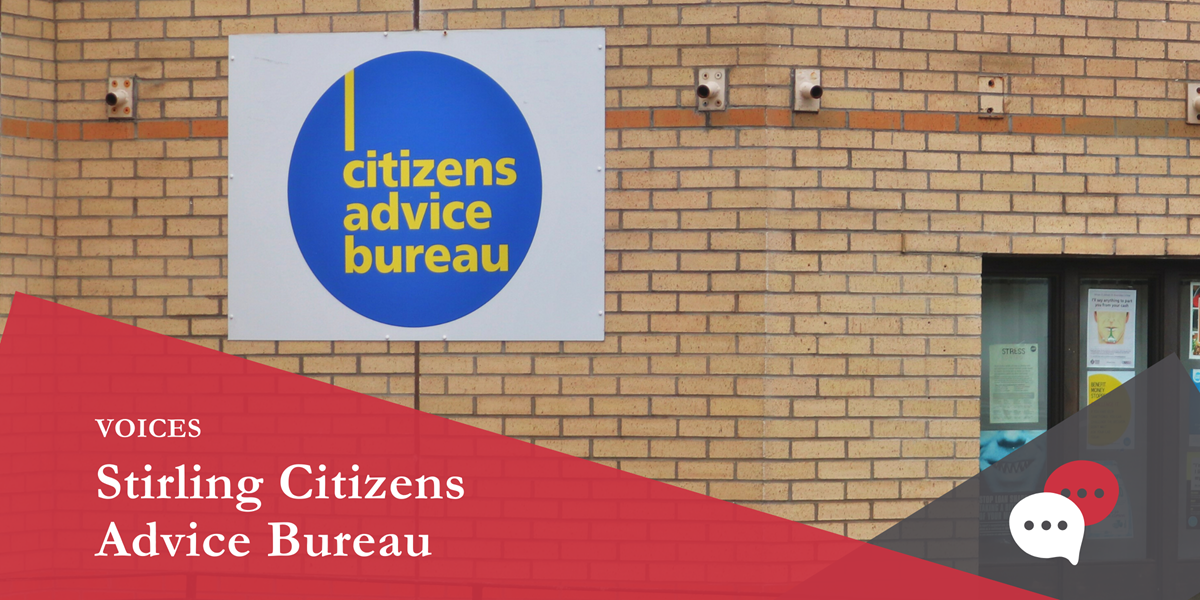 "Our focus is very much led by the needs of the communities that we serve. No one comes here when they have won the lottery, they have usually lost the ticket." 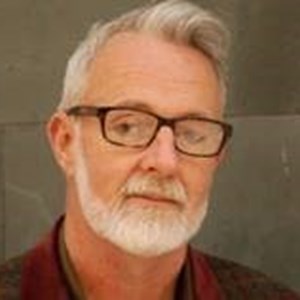 What is your organisation working to achieve?

We are working to ensure that individuals don’t suffer through not knowing what their rights are or what services are available to them, or through an inability to express their needs effectively.  We look at what the drivers are that bring people to our service and seek to influence a responsible impact on policies both at local and national level based on the evidence that we gather. We hope that we can inform and empower people.

Where are you currently focusing your support right now?

We are focusing our support on the social, economic and psychological impact of the pandemic on those who were already vulnerable before. A significant majority of our current caseload relates directly to the choke points of the pandemic; employment rights, insecurity of tenure, food poverty and crisis intervention. Our focus is very much led by the needs of the communities that we serve.  No one comes here when they have won the lottery, they have usually lost the ticket.

Before the pandemic, we had around 90 active volunteers.  A significant majority of them have an underlying health condition and are older, so we have lost a large amount of our volunteer workforce as a result of the pandemic. Only recently, we have been able to return volunteers to some bureau-based volunteering with a mix of remote working and in-house support.  I don’t anticipate we will be able to get to the level we had before, so we are now having to recalibrate our services, which will be fundamentally virtual going forward. The irony is that demand is up about 40%, and available capacity for support is down about 50%, so that is a real challenge on an operational level for us.

How do poverty and trauma figure in the work that you do?

The significant majority of people who contact us are in poverty or have recently acquired trauma. One of the things about the pandemic is that a lot of people who would never have contacted an advice agency in their life, are now having to contact us.  Pre-pandemic, the type of people who would contact us would be those who have experienced a traumatic event in their life such as a job loss, death or bereavement, homelessness or a violent partner, and we have found that this has been magnified by the pandemic. The trauma of now having nothing when you had something before makes it worse for people.

How can funders support the work that you do?

Citizen’s Advice Bureau (CAB) started in Britain at the outbreak of the Second World War, when there was a need to address the information vacuum around food rationing, food shortages, housing and death.  81 years later, we are still talking about food shortages, housing and death and the only thing that has moved on is time.   The issues for people are as traumatic for people now as they were back then.  The CAB is one of the most respected social brands on the high street and has been for years, but it is also the most misunderstood because it isn’t funded adequately by statutory funding.  What funders could do to support our work is to help address that misconception that although the CAB brand is strong, trusted and has been within communities for a long time, it wouldn’t be around if it wasn’t for individual funders who support us. Right now, there are challenges around statutory recognition & adequate funding of third sector advice provision and we want funders to recognise that advice, information support and empowerment are critical to address not only poverty, but health inequality and the lack of opportunities for people.

What changes would you like to see in your area of interest in the next five years?

A lot of what we deal with is around social insecurity and the challenges around the Universal Credit system.  We want a social security system that is fairer, treats people with dignity and respect, puts the person at the centre of it and for people to recognise that it’s a safety net and not a ‘handout’.

The concept of a ‘minimum income guarantee’ for people, which is based on what it actually costs to live in a certain set of circumstances would be a good starting point, because you don’t eradicate poverty in any other way than making an adequate amount of money available for people to live on.

What long term system changes would best address the issue?

We see enough negative stories to suggest that certain fundamentals like the benefit payment processes, the compliance that’s required and the punitive measures of non-compliance are cultures that are not helpful for those who are disadvantaged, even without vulnerabilities.  I think a cultural change is needed towards people who require support to address the misconception that the benefit system is somehow a ‘state handout’, when really it is a social security net that supports you when you no longer have the means to pay into it.  An ideological, cultural and perceptual change towards people in poverty would help long term and also a change in how the media portrays people living in poverty too – not everyone in poverty is living on ‘Benefits Street’.

There also needs to be more investment in the infrastructure and organisations who support those in poverty, rather than the assumption that the third sector will step up to do it anyway, because the reality is that we can’t do it without the adequate resource to do so.

"At its heart, poverty is a problem rooted in a lack of access to financial resources. We know that CABs play a hugely important role in ensuring that people have access to information and advice which enables them to make informed decisions and improve their financial wellbeing.
This is particularly important at a time when so many people are struggling to deal with job losses and changes to their financial circumstances. The Trust has been a longstanding supporter of Stirling CAB, an organisation which recognises the importance of partnership working and which consistently tries to put the needs of its community at the heart of its services."

Does your organisation or project support people and communities in Scotland with experience of poverty and trauma? If so, you might be eligible for funding from us.